One of the most common knee injuries is an anterior cruciate ligament (ACL) tear.

Athletes who participate in high demand sports like soccer, football, netball and basketball are more likely to injure their anterior cruciate ligaments.

If you have injured your anterior cruciate ligament, you may require surgery to regain full function of your knee. This will depend on several factors, such as the severity of your injury, your age and your activity level. 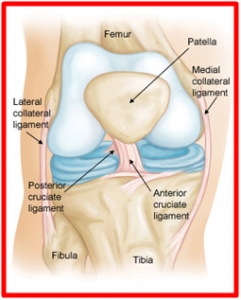 Three bones meet to form your knee joint: your thighbone (femur), shinbone (tibia), and kneecap (patella). Your kneecap sits in front of the joint to provide some protection.

Bones are connected to other bones by ligaments. There are four primary ligaments in your knee. They act like strong ropes to hold the bones together and keep your knee stable.

About half of all injuries to the anterior cruciate ligament occur along with damage to other structures in the knee, such as articular cartilage, meniscus, or other ligaments.

Injured ligaments are considered “sprains” and are graded on a severity scale.

Grade 1 Sprains. The ligament is mildly damaged in a Grade 1 Sprain. It has been slightly stretched, but is still able to help keep the knee joint stable.

Grade 3 Sprains. This type of sprain is most commonly referred to as a complete tear of the ligament. The ligament has been split into two pieces, and the knee joint is unstable. 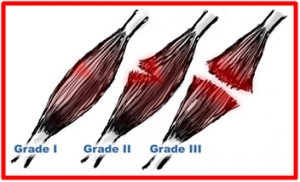 Partial tears of the anterior cruciate ligament are rare; most ACL injuries are complete or near complete tears

The anterior cruciate ligament can be injured in several ways:

Several studies have shown that female athletes have a higher incidence of ACL injury than male athletes in certain sports. It has been proposed that this is due to differences in physical conditioning, muscular strength, and neuromuscular control. Other suggested causes include differences in pelvis and lower extremity (leg) alignment, increased looseness in ligaments, and the effects of Oestrogen on ligament properties.

When you injure your anterior cruciate ligament, you might hear a “popping” noise and you may feel your knee give out from under you. Other typical symptoms include: 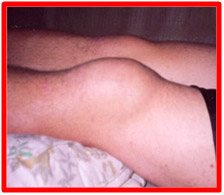 Physical Examination and Patient History
During your first visit, your doctor will talk to you about your symptoms and medical history.

Imaging Tests
Other tests which may help your doctor confirm your diagnosis include:

X-rays. Although they will not show any injury to your anterior cruciate ligament, x-rays can show whether the injury is associated with a broken bone.

Magnetic resonance imaging (MRI) scan. This study creates better images of soft tissues like the anterior cruciate ligament. However, an MRI is usually not required to make the diagnosis of a torn ACL.

Treatment for an ACL tear will vary depending upon the patient’s individual needs. For example, the young athlete involved in agility sports will most likely require surgery to safely return to sports. The less active, usually older, individual may be able to return to a quieter lifestyle without surgery.

Nonsurgical Treatment
A torn ACL will not heal without surgery. But nonsurgical treatment may be effective for patients who are elderly or have a very low activity level. If the overall stability of the knee is intact, your doctor may recommend simple, nonsurgical options.

Physiotherapy. As the swelling goes down, a careful rehabilitation program is started. Specific exercises will restore function to your knee and strengthen the leg muscles that support it.

Rebuilding the ligament. Most ACL tears cannot be sutured (stitched) back together. To surgically repair the ACL and restore knee stability, the ligament must be reconstructed (replaced). Your doctor will replace your torn ligament with a tissue graft.

There are advantages and disadvantages to all graft sources.

Because the regrowth takes time, it may be 6-12 months before an athlete can return to sports after surgery.

Procedure. Surgery to rebuild an anterior cruciate ligament is done with an arthroscope using small incisions. Arthroscopic surgery is less invasive. The benefits of less invasive techniques include less pain from surgery, less time spent in the hospital, and quicker recovery times. 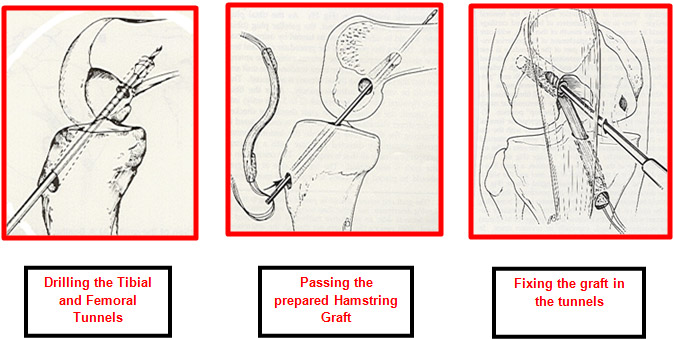 Whether your treatment involves surgery or not, rehabilitation plays a vital role in getting you back to your daily activities. A physiotherapy program under the supervision of a physiotherapist will help you regain knee strength and motion. 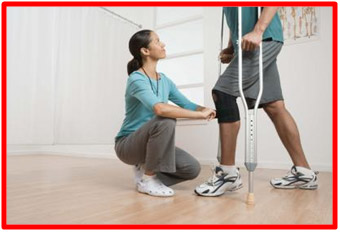 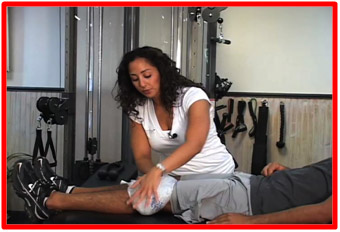 If you have surgery, physiotherapy first focuses on returning motion to the joint and surrounding muscles. This is followed by a strengthening program designed to protect the new ligament. This strengthening gradually increases the stress across the ligament. The final phase of rehabilitation is aimed at a functional return tailored for the athlete’s sport.